The sweet potato, moniato, sweet potato or Ipomoea batatas  is one of the star tubers of southern Spain. a product that the Andalusian countryside exports strongly and that continues to grow in the national and international markets at great speed. The sandy soils of Cádiz, with fine sand, have become a key area in its production, because, although it is a crop that adapts to soils with different characteristics, the reality is that it is usually done on sandy soil.

Four years ago, we carried out a controlled study to evaluate the effect of the contributions of Structure and Black Up® in the cultivation of sweet potato on the Torrebreva farm, located in Rota, Cádiz, on a plot of 8.5 hectares. The variety was Bauregard, the density of the plants was 34,000 plants per hectare in sandy loam soil and with drip irrigation.

Why Structure and Black Up® in the Sweet Potato Fields

The use of both products sought and achieved:

All this with the sole objective of increasing production and having a healthier and more profitable harvest.

Sandy soils are characterized by their low water storage capacity and their poor content of organic matter and biological activity, as well as high concentrations of salinity. That is why we include Black Up® in the soil treatment, because it is a product with humic substances extracted from Leonardite, through a patented process, which improves the structure of the soil by stimulating the microbial of the soil and increasing the Cation Exchange Capacity (CIC ) and favors the absorption of nutrients, the retention of water, the aeration of the soil and the leaching of salts.

At the same time, these soils have nutrient availability problems, especially phosphorous, so we chose Structure to improve this circumstance. Structure is a liquid nutritional formula for the contribution of phosphorus, enriched with liquid humin, nitrogen and zinc, which is assimilated immediately and efficiently by the crops. It is a highly assimilated phosphorus chemically supplemented with organic acids with numerous exchange radicals that protect phosphorus in the soil and make it four times more effective than other products on the market.

Evaluation of the controlled study in sweet potato cultivation

After treatment, it was evaluated based on three standards:

Some relevant data on the economic performance of the crop

Beyond the obvious positive effect on production and crop quality that our input mix has had on the crop, there is an undeniable economic performance: 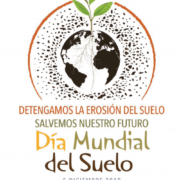 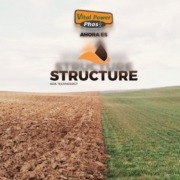 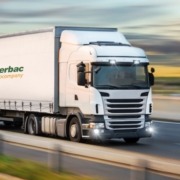 WE CONTINUE TO SERVE TELEMATICALLY 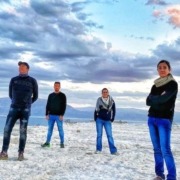 10 THREATS TO AGRICULTURAL LAND IN THE WORLD

BLACK UP®, THE SOIL BIOACTIVATOR FOR MELON AND WATERMELON
0 replies

Want to join the discussion?
Feel free to contribute!

We provide farmers with technologically advanced, profitable
and sustainable nutrition and protection solutions.

Tell us about your case here! Access the news!
10 THREATS TO AGRICULTURAL LAND IN THE WORLD

This site uses cookies. By continuing to browse the site, you are agreeing to our use of cookies.

We may request cookies to be set on your device. We use cookies to let us know when you visit our websites, how you interact with us, to enrich your user experience, and to customize your relationship with our website.

Click on the different category headings to find out more. You can also change some of your preferences. Note that blocking some types of cookies may impact your experience on our websites and the services we are able to offer.

These cookies are strictly necessary to provide you with services available through our website and to use some of its features.

Because these cookies are strictly necessary to deliver the website, refuseing them will have impact how our site functions. You always can block or delete cookies by changing your browser settings and force blocking all cookies on this website. But this will always prompt you to accept/refuse cookies when revisiting our site.

We fully respect if you want to refuse cookies but to avoid asking you again and again kindly allow us to store a cookie for that. You are free to opt out any time or opt in for other cookies to get a better experience. If you refuse cookies we will remove all set cookies in our domain.

We provide you with a list of stored cookies on your computer in our domain so you can check what we stored. Due to security reasons we are not able to show or modify cookies from other domains. You can check these in your browser security settings.

These cookies collect information that is used either in aggregate form to help us understand how our website is being used or how effective our marketing campaigns are, or to help us customize our website and application for you in order to enhance your experience.

If you do not want that we track your visit to our site you can disable tracking in your browser here:

We also use different external services like Google Webfonts, Google Maps, and external Video providers. Since these providers may collect personal data like your IP address we allow you to block them here. Please be aware that this might heavily reduce the functionality and appearance of our site. Changes will take effect once you reload the page.